All Present if not Correct

Jeremy starts the new term wondering how many different students he’ll have this time. He enters the classroom & meets Zoltan from Hungary who speaks very little English. Then he meets Ingrid from Sweden. One by one his students from last term arrive and Jeremy is very dissapointed, He feels he’s failed by not teaching them anything. He also says there’ll be twice as much homework this term.

At tea break time, Zoltan wants Jeremy to help him write a love letter to his girlfriend. Jeremy does so & Zoltan is thanking him when Miss Courtney walks in to tell Jeremy she’s not happy with his results from last term. She tells him she’ll be watching him.

Sid is in the cafeteria reading the paper.He tells Jeremy about the premium bonds winning number (1FF23232) Jeremy tells him that’s his number, Jeremy has won 50,000 pounds.!

Jeremy writes a nasty letter to Miss Courtney & wants Ali to deliver it. He mixes it up with the love letter he wrote for Zoltan & gives Zoltan the nasty one. 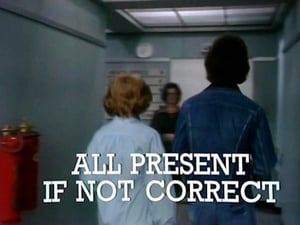