The Best Things in Life

Jeremy has the class role playing real life situations, e.g. going to the Doctor, or going to the post office to post a letter or opening a bank account. Miss Courtney interupts the class to tell Jeremy that he’s needed at the police station. Jamilla’s been arrested for shoplifting.! Jeremy and Ali arrive at the police station & Ali talks to Jamilla to find out what happened. It seems Jamilla misunderstood ‘free trial’ and took the goods & left the store. Jeremy insists that the Sergeant look at his drivers licence & a five pound note falls out as the officer looks at the licence. Jeremy assures the Sergeant he wasn’t trying to bribe him & donates the ‘fiver’ to the police charity collection box. The Sergeant lets Jamilla go,realising the misunderstanding and Jamilla takes Jeremy & Ali ba 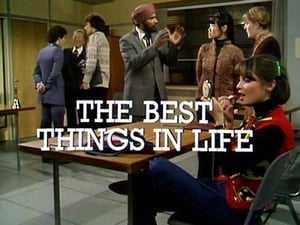 Human The World Within

The Pursuit of Love

The Crime of the Century