A Fate Worse Than Death

Danielle needs help with her homework, she asks Max to help her when Giovanni walks into the room with the answers to the homework which he will sell to them for only 10p each.!

Ali arrives late from his new job as a travelling salesman & proceeds to sell his wares (ties,socks,scarves,gloves etc.)in the classroom. Jeremy tells him to sell his merchandise in his own time.

Ranjeet arrives late also with an explanation, He’s getting married to Surinder whom he was betrothed to when he was 12 years old. Only problem is Surinder has changed since then & Ranjeet would rather die than marry her.!

Surinder arrives & wants to see Ranjeet, Ranjeet hides & asks Jeremy to tell her he’s not there. At tea break time the students sneak Ranjeet to the cafeteria, soon Surinder goes there too & thinks she sees her betrothed hiding behind the curtain. Ranjeet has left his shoes & climbed out the window.

He climbs back in through Miss Courtney’s window & bumps into Surinder in the Hall. Jeremy tells S 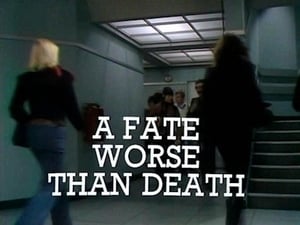